The conference was organised by the ZMTFÜ. It was held on December 13th 2013 in the Balaton Museum in Keszthely. The leading partner introduced the targets, tasks and the planned project.

All workshops were similarly conceived. During the individual meetings the participants mostly took two lectures. One lecture analysed the cross- border possibilities of progress that could be achievable within the project framework. The other lecture presented the existing networks of economy, science and innovation that support decision-making processes within the Zala County. 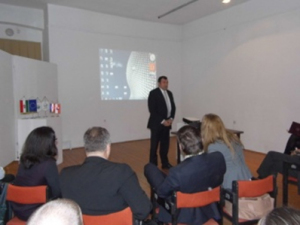